I just had to make a list; first when I counted up the weeks and realised sewing starts in 5 (and Christmas and a whole heap of other stuff happens in those 5 weeks); and also when I saw MsSindy’s frankly intimidating spreadsheet. I am in awe!

I’ve taken each garment and made a list of the steps involved, dividing them into prep that can be done before 26th December, and actual sewing to be done after. Things like pattern tracing, laundering fabrics, and making toiles/muslins all count as prep.

I’ve also collected together patterns and fabrics. Most of it is in the stash, but I need a navy silk crepe/georgette, and the ivory jersey for the sweater. No rush for those. I need to settle on a pattern for the sweater too.

I’m also losing weight still, slowly, so I won’t muslin the trousers just yet. I don’t think my hips will change all that much, it’s my waist that’s shrinking. Maybe a couple of inches will go from my bust too.

So the first thing to make is the trench coat. I’m using Sewaholic’s Robson with some modifications. I’m more of an apple than a pear, so I’ll be grading the hips down quite a lot. I was originally planning a lining but seeing some fabulous underlined versions persuaded me to go that route. I’m also tall so I’m expecting to add a couple of inches to the sleeve as well as the body.

This is a coat that’s been featured a lot online. I found these posts especially interesting:

So here we go: I’m off to trace off the pattern and cut the toile. I’m using a dupioni furnishing fabric, bought aeons ago as a remnant on the local market. It’s a pale gold, and if the fits ok I might make it up properly. For now though, it’s a test piece.

Thanks for reading. Comments are welcome! 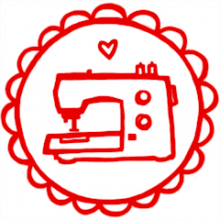